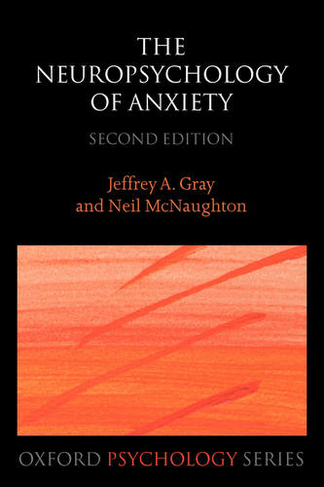 The Neuropsychology of Anxiety: An enquiry into the function of the septo-hippocampal system (Oxford Psychology Series 33 2nd Revised edition)

The Neuropsychology of Anxiety first appeared in 1982, quickly establishing itself as a classic work in the psychology and neuroscience literature. It presented an innovative, and at times controversial, theory of anxiety and the brain systems, especially the septo-hippocampal system, that subserve it. It rapidly established itself as an important new work in the field. This Second Edition is a significant departure from the first, drawing upon extensive reviews of data from the ethology of defence, learning theory, the psychopharmacology of anti-anxiety drugs, anxiety disorders, and clinical and laboratory analysis of amnesia. The cognitive and behavioural functions in anxiety of the septo-hippocampal system and the amygdala are extensively analysed, as are their separate roles in memory and fear. Their functions are related to a hierarchy of additional structures that control other forms of defensive behaviour. The resulting theory is applied to the typology, symptoms, and therapy of anxiety and phobic disorders, and to the symptoms of amnesia. Available for the first time in paperback, this new edition will be a valuable reference text for researchers and graduate students in psychology, clinical psychology, psychiatry, psychopharmacology, neuroscience, and neurology. numerous figures