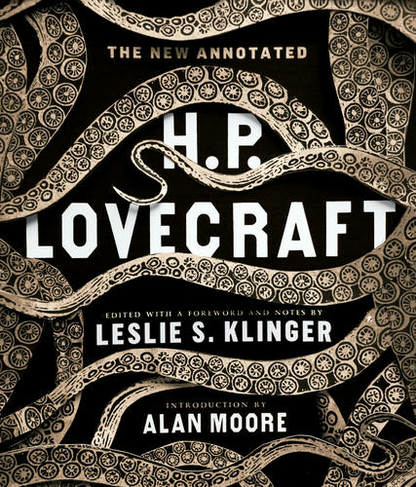 "Howard Phillips Lovecraft is beginning to emerge as one of that tumultuous period's most critically fascinating and yet enigmatic figures", writes Alan Moore. But at the time of his death, Lovecraft was maligned by critics and ignored by the public. Leslie S. Klinger reanimates Lovecraft and charts the rise of the pulp writer. Lovecraft's vast body of work-a mythos in which humanity is a blissfully unaware speck in a cosmos shared by ancient alien beings-is increasingly being recognised as the foundation for American horror and science fiction. With nearly 300 illustrations and more than 1,000 annotations, Klinger illuminates every hidden dimension of 22 of Lovecraft's most canonical works. 280 color illustrations

H. P. Lovecraft (1890-1937) is regarded as the leading twentieth-century American author of supernatural fiction. Leslie S. Klinger is the editor of numerous books, including the best-selling The New Annotated Sherlock Holmes, The New Annotated Dracula, and The New Annotated H. P. Lovecraft. He lives in Malibu, California. Alan Moore is a magician and performer, and is widely regarded as the best and most influential writer in the history of comics. His seminal works include From Hell, V for Vendetta, and Watchmen, for which he won the Hugo Award. He was born in 1953 in Northampton, UK, and has lived there ever since.