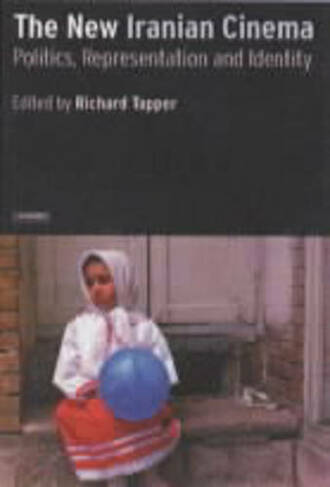 Iranian cinema is today widely recognized not merely as a distinctive national cinema, but as one of the most innovative in the world. Established masters like Abbas Kiarostami and Mohsen Makhmalbaf have been joined by newcomers like Samira Makhmalbaf, Majid Majidi, Ja'far Qobadi and Bahman Qobadi, all directors whose films are screened to increasing acclaim in international festivals. This international stature both fascinates Western observers and appears paradoxical in line with perceptions of Iran as anti-modern. The largely Iranian contributors to this book look in depth at how Iranian cinema became a true 'world cinema'. From a range of perspectives, they explore cinema's development in post Revolution Iran and its place in Iranian culture. illustrations

Richard Tapper is Professor of Anthropology at the School of Oriental and African Studies, London. His books include A Taste of Thyme (edited with Sami Zubaida) and Islam in Modern Turkey (I.B.Tauris).