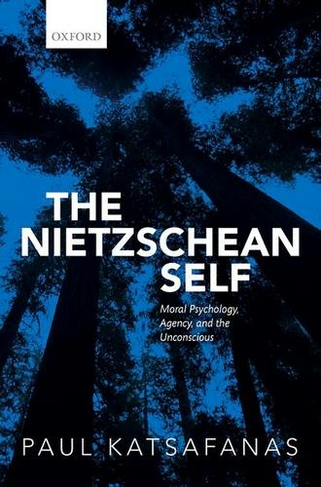 The Nietzschean Self Moral Psychology, Agency, and the Unconscious

Nietzsche's works are replete with discussions of moral psychology, but to date there has been no systematic analysis of his account. How does Nietzsche understand human motivation, deliberation, agency, and selfhood? How does his account of the unconscious inform these topics? What is Nietzsche's conception of freedom, and how do we become free? Should freedom be a goal for all of us? How does-and how should-the individual relate to his social context? The Nietzschean Self offers a clear, comprehensive analysis of these central topics in Nietzsche's moral psychology. It analyzes his distinction between conscious and unconscious mental events, explains the nature of a type of motivational state that Nietzsche calls the 'drive', and examines the connection between drives, desires, affects, and values. It explores Nietzsche's account of willing unity of the self, freedom, and the relation of the self to its social and historical context. The Nietzschean Self argues that Nietzsche's account enjoys a number of advantages over the currently dominant models of moral psychology-especially those indebted to the work of Aristotle, Hume, and Kant-and considers the ways in which Nietzsche's arguments can reconfigure and improve upon debates in the contemporary literature on moral psychology and philosophy of action.

Paul Katsafanas is Associate Professor of Philosophy at Boston University. He works on topics at the interface of ethics and philosophy of mind, including the nature of agency and motivation; the structure of self-consciousness; and the way in which normative claims might be justified. He addresses these topics in part by mining the work of nineteenth-century philosophers including Nietzsche. His recent publications include Agency and the Foundations of Ethics:Nietzschean Constitutivism (OUP, 2013), 'Nietzsche and Kant on the Will: Two Models of Reflective Agency' (Philosophy and Phenomenological Research, 2014), and 'Fugitive Pleasure and the Meaningful Life: Nietzsche on Nihilism and Higher Values' (Journal of the American Philosophical Association,forthcoming).