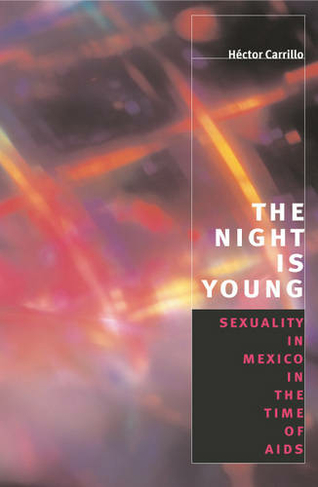 "The Night is Young" takes us past the the stereotypes of macho hombres and dark-eyed senoritas to reveal the complex nature of sexuality in modern-day Mexico. Drawing on field research conducted in Guadalajara, Mexico's second-largest city, Hector Carrillo shows how modernization, globalization and other social changes have affected a wide range of hetero- and homosexual practices and identities. Carrillo finds that young Mexicans today grapple in a variety of ways with two competing tendencies. On the one hand, many seek to challenge traditional ideas and values they find limiting. But they also want to maintain a sense of Mexico's cultural distinctiveness, especially in relation to the United States. For example, while Mexicans are well aware of the dangers of unprotected sex, they may also prize the surrender to sexual passion, even in casual sexual encounters - an attitude which stems from the strong values placed on collective life, spontaneity and an openness toward intimacy. Because these expectations contrast sharply with messages about individuality, planning and overt negotiation commonly promoted in global public health efforts, Carrillo argues that they demand a new approach to AIDS prevention and education in Mexico. A Mexican native, Carrillo has written an insightful and accessible study of the relations between sexuality and social change in Mexico during the time of AIDS. Anyone concerned with the changing places of sexuality in a modern and increasingly globalized world should profit greatly from "The Night is Young". 2 tables