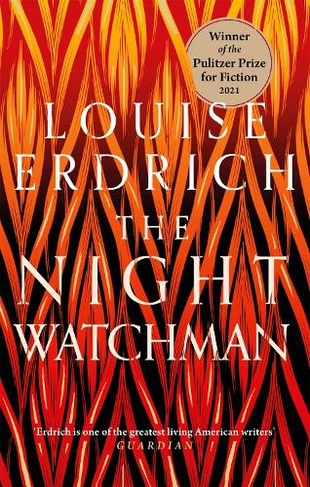 It is 1953. Thomas Wazhushk is the night watchman at the first factory to open near the Turtle Mountain Reservation in rural North Dakota. He is also a prominent Chippewa Council member, trying to understand a new bill that is soon to be put before Congress. The US Government calls it an 'emancipation' bill; but it isn't about freedom - it threatens the rights of Native Americans to their land, their very identity. How can he fight this betrayal? Unlike most of the girls on the reservation, Pixie - 'Patrice' - Paranteau has no desire to wear herself down on a husband and kids. She works at the factory, earning barely enough to support her mother and brother, let alone her alcoholic father who sometimes returns home to bully her for money. But Patrice needs every penny to get if she's ever going to get to Minnesota to find her missing sister Vera. In The Night Watchman multi-award winning author Louise Erdrich weaves together a story of past and future generations, of preservation and progress. She grapples with the worst and best impulses of human nature, illuminating the loves and lives, desires and ambitions of her characters with compassion, wit and intelligence.

Louise Erdrich is the author of fifteen novels as well as volumes of poetry, children's books, short stories, and a memoir of early motherhood. Her novel The Round House won the National Book Award for Fiction. The Plague of Doves won the Anisfield-Wolf Book Award and was a finalist for the Pulitzer Prize, and her debut novel, Love Medicine, was the winner of the National Book Critics Circle Award. Erdrich has received the Library of Congress Prize in American Fiction, the prestigious PEN/Saul Bellow Award for Achievement in American Fiction, and the Dayton Literary Peace Prize. She lives in Minnesota with her daughters and is the owner of Birchbark Books, a small independent bookstore.