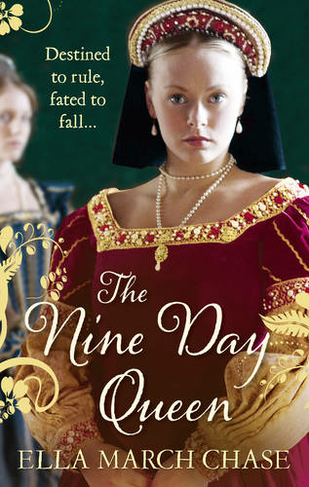 Tudor blood will see her crowned - and lead to her downfall... Lady Jane Grey is the eldest of the Grey sisters. Shy and scholarly she is happier in the company of her sisters, than with the intrigues of court. But as fourth in line to Henry's throne, Jane is too valuable a pawn not to be played. When her parents' scheme to wed her to Prince Edward fails, they plan a far more ambitious - and dangerous - move to make Jane Queen...

When Ella March Chase was in school, she informed her teacher she didn't need to learn multiplication tables because she was going to be a famous writer when she grew up. At twenty-five, she combined her passion for researchinghistory and spinning stories. Her daughter Kate claims even the family dogs were discovered while researching King Charles II - Cavalier King Charles Spaniels. When travelling to England she fell under the spell of the Tower of London - the infamous Traitor's Gate, the chapel where beheaded queens lay buried, the story of the two princes allegedly murdered by Richard III.Ella began unearthing the obscure historical details that make larger than life figures painfully human. From that fascination, the concepts for The Virgin Queen's Daughter and The Reluctant Queen emerged.