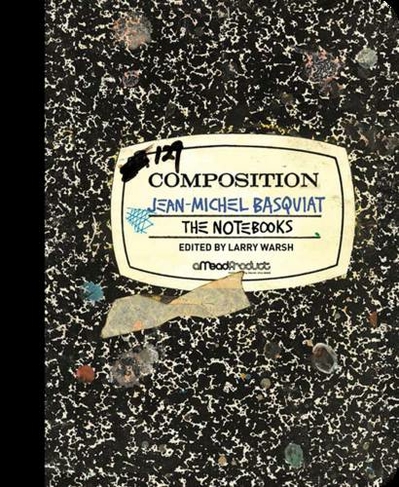 Brooklyn-born Jean-Michel Basquiat (1960-88) was one of the most important artists of the 1980s. A key figure in the New York art scene, he inventively explored the interplay between words and images throughout his career, first as a member of SAMO, a graffiti group active on the Lower East Side in the late 1970s, and then as a painter acclaimed for his unmistakable Neoexpressionist style. From 1980 to 1987, he filled numerous working notebooks with drawings and handwritten texts. This facsimile edition reproduces the pages of eight of these fascinating and rarely seen notebooks for the first time. The notebooks are filled with images and words that recur in Basquiat's paintings and other works. Iconic drawings and pictograms of crowns, teepees, and hatch-marked hearts share space with handwritten texts, including notes, observations, and poems that often touch on culture, race, class, and life in New York. Like his other work, the notebooks vividly demonstrate Basquiat's deep interests in comic, street, and pop art, hip-hop, politics, and the ephemera of urban life. They also provide an intimate look at the working process of one of the most creative forces in contemporary American art. 160 color illus.

Jean-Michel Basquiat (1960-88) was an American artist. He has been the subject of retrospectives at the Whitney Museum of American Art, the Serpentine Gallery, the Brooklyn Museum, and the Foundation Beyeler, among others, and his work is in the permanent collections of major museums around the world. Larry Warsh is an art collector and the editor of Weiwei-isms (Princeton). He is on the board of the nonprofit organization Muse Film and Television, and was a member of the Basquiat Authentication Committee from its establishment in 1984 to its dissolution in 2012.