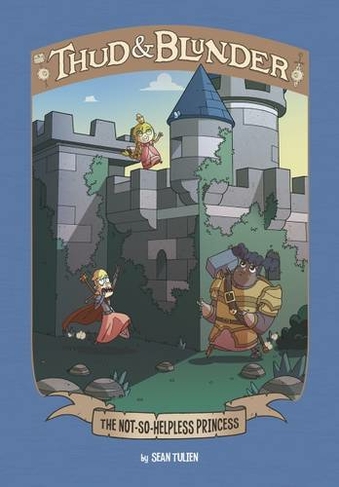 Blunder is convinced that he and Thud have to save a princess if they want to become True Heroes. Unfortunately, princesses in distress are in short supply in Village Town, so the two nine-year-old knights journey to Castle Kidnapt to hire one. Upon arrival, they find out that the only princess available for saving is a five-year-old girl with a thirst for adventure. Can Thud and Blunder keep up with Princess Punch, or will they end up being the ones in need of saving? These early chapter books are guaranteed to engage readers' critical thinking skills. Each book also includes writing prompts, discussion questions and a glossary.

Pol Cunyat was born in 1979 in Sant Celoni, a small village near Barcelona, Spain. As a child, Pol always dreamed of being an illustrator. So he went to study illustration in "Escola De Comic Joso de Barcelona" and "Escola D'Art, Serra i Abella de L'Hospitalet." Now, Pol makes a living doing illustration work for various publishers and studios. Pol's dream has come true, but he will never stop dreaming. Blake Hoena grew up in central Wisconsin, where he wrote stories about robots conquering the moon and trolls lumbering around the woods behind his parents house. He now lives in St. Paul, Minnesota, with his wife, two kids, a dog, and a couple of cats. Blake continues to make up stories about things like space aliens and superheroes, and he has written more than 70 chapter books and graphic novels for children.