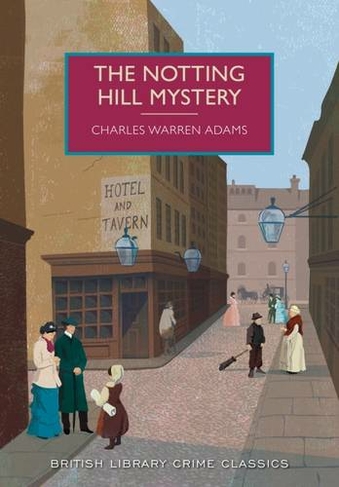 By Charles Warren Adams (Author)
Paperback
https://www.whsmith.co.uk/products/the-notting-hill-mystery-new-edition/charles-warren-adams/paperback/9780712356268-12-000.html £7.37 rrp £8.99 Save £1.62 (18%)
GBP
Availability
Available / dispatched within 1 - 2 weeks
Free Delivery Available When You Spend £25 Or More
Details
Spend £25 On Products To Receive Free Standard Delivery To Your Home Or Free Next Working Day Click And Collect To Store

The Notting Hill Mystery has been widely described as the first detective novel. The story is told by the insurance investigator Ralph Henderson, who is building a case against the sinister Baron R___, suspected of murdering his wife in order to claim her life insurance. Henderson descends into a maze of intrigue, including a diabolical mesmerist, kidnapping by gypsies, slow-poisoners, a rich uncle's will and three murders.Presented in the form of diary entries, family letters, chemical analysis reports, interviews with witnesses and a crime scene map, the novel displays innovative techniques that would not become common features of detective fiction until the 1920s. This novel launched the British Library Crime Classics series in 2012, and is now reissued with a striking new cover design

Charles Warren Adams was a journalist, traveller, lawyer and sole proprietor of the firm Saunders, Otley & Co, which published Once a Week, the magazine in which The Notting Hill Mystery was first published.