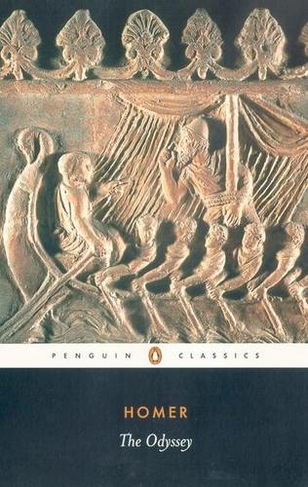 'The Odyssey is a poem of extraordinary pleasures: it is a salt-caked, storm-tossed, wine-dark treasury of tales, of many twists and turns, like life itself' Guardian The epic tale of Odysseus and his ten-year journey home after the Trojan War forms one of the earliest and greatest works of Western literature. Confronted by natural and supernatural threats - ship-wrecks, battles, monsters and the implacable enmity of the sea-god Poseidon - Odysseus must use his bravery and cunning to reach his homeland and overcome the obstacles that, even there, await him. E. V. Rieu's translation of The Odyssey was the very first Penguin Classic to be published, and has itself achieved classic status. Translated by E. V. RIEU Revised translation by D. C. H. RIEU With an Introduction by PETER JONES

Homer is thought to have lived c.750-700 BC in Ionia and is believed to be the author of the earliest works of Western Literature: The Odyssey and The Iliad. E V Rieu was a celebrated translator from Latin and Greek, and editor of Penguin Classics from 1944-64. His son, D C H Rieu, has revised his work. Peter Jones is former lecturer in Classics at Newcastle. He co-founded the 'Friends of Classics' society and is the editor of their journal and a columnist for The Spectator.