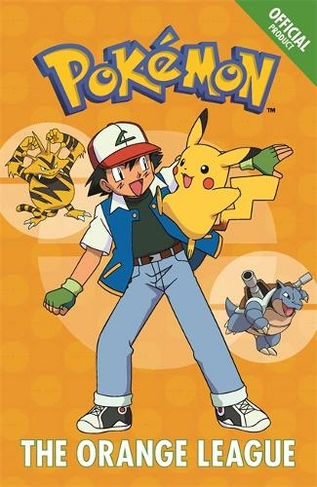 The The Orange League: Book 3 (The Official Pokemon Fiction)

Gotta Catch 'Em All! Join Ash as he attempts to gain entry into the famed Orange League! Since arriving on the Orange Islands, Ash has won every single one of his battles! But is he up to the Four-Star Challenge? Ash must tackle totally new ground - and learn some valuable lessons about himself - before he can win all four star gems, and earn himself a place on the legendary Orange League.

Pokemon is one of the most popular and successful entertainment franchises in the world, encompassing video games, the Pokemon Trading Card Game (TCG), mobile games and apps, animation and movies, Play! Pokemon competitive events, and licensed products. It was first established in Japan in 1996 with the launch of the Pokemon Red and Pokemon Green video games for the Game Boy (TM) system. The video games were released internationally in 1998 as Pokemon Red and Pokemon Blue. More than 20 years later, Pokemon continues to be a global entertainment mainstay and pop culture icon.