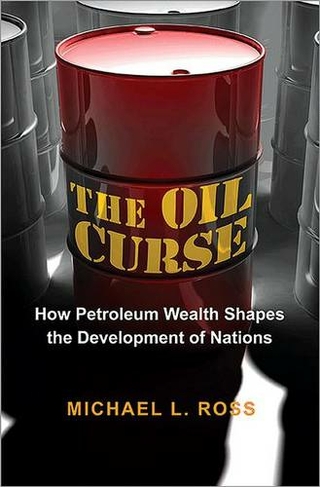 The Oil Curse How Petroleum Wealth Shapes the Development of Nations

Countries that are rich in petroleum have less democracy, less economic stability, and more frequent civil wars than countries without oil. What explains this oil curse? And can it be fixed? In this groundbreaking analysis, Michael L. Ross looks at how developing nations are shaped by their mineral wealth--and how they can turn oil from a curse into a blessing. Ross traces the oil curse to the upheaval of the 1970s, when oil prices soared and governments across the developing world seized control of their countries' oil industries. Before nationalization, the oil-rich countries looked much like the rest of the world; today, they are 50 percent more likely to be ruled by autocrats--and twice as likely to descend into civil war--than countries without oil. The Oil Curse shows why oil wealth typically creates less economic growth than it should; why it produces jobs for men but not women; and why it creates more problems in poor states than in rich ones. It also warns that the global thirst for petroleum is causing companies to drill in increasingly poor nations, which could further spread the oil curse. This landmark book explains why good geology often leads to bad governance, and how this can be changed. 46 line illus. 31 tables.

Michael L. Ross is professor of political science and director of the Center for Southeast Asian Studies at the University of California, Los Angeles. He has published widely on the politics of resource-rich countries and served on advisory boards for the World Bank, the Revenue Watch Institute, and the Natural Resource Charter. His work has appeared in Foreign Affairs, Foreign Policy, and the New York Times, and has been featured in the Washington Post, Newsweek, and many other publications. In 2009, he received the Heinz Eulau Award from the American Political Science Association.