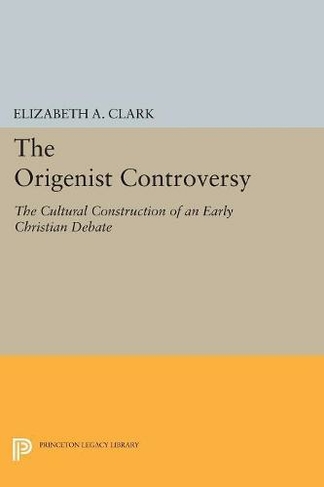 Around the turn of the fifth century, Christian theologians and churchmen contested each other's orthodoxy and good repute by hurling charges of "Origenism" at their opponents. And although orthodoxy was more narrowly defined by that era than during Origen's lifetime in the third century, his speculative, Platonizing theology was not the only issue at stake in the Origenist controversy: "Origen" became a code word for nontheological complaints as well. Elizabeth Clark explores the theological and extra-theological implications of the dispute, uses social network analysis to explain the personal alliances and enmities of its participants, and suggests how it prefigured modern concerns with the status of representation, the social construction of the body, and praxis vis--vis theory. Shaped by the Trinitarian and ascetic debates, and later to influence clashes between Augustine and the Pelagians, the Origenist controversy intersected with patristic campaigns against pagan "idolatry" and Manichean and astrological determinism. Discussing Evagrius Ponticus, Epiphanius, Theophilus, Jerome, Shenute, and Rufinus in turn, Clark concludes by showing how Augustine's theory of original sin reconstructed the Origenist theory of the soul's pre-existence and "fall" into the body. Originally published in 1992. The Princeton Legacy Library uses the latest print-on-demand technology to again make available previously out-of-print books from the distinguished backlist of Princeton University Press. These editions preserve the original texts of these important books while presenting them in durable paperback and hardcover editions. The goal of the Princeton Legacy Library is to vastly increase access to the rich scholarly heritage found in the thousands of books published by Princeton University Press since its founding in 1905.