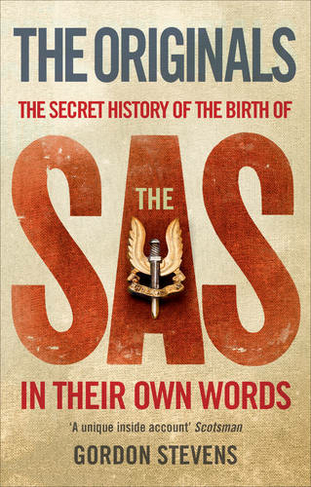 The Originals: The Secret History of the Birth of the SAS In Their Own Words

'We've been approached something like 25 times since the war. I kicked each out the window because they weren't going to make it with the integrity we require the story of the SAS to be told.' - Colonel Sir David Stirling, OBE, DSO, Founder of the SAS Based on over 120 hours of uncovered video and audio tape, The Originals tells the story of the birth of the SAS in the words of its founding members for the first time. Even David Stirling, founder of the regiment, contributed to the project - most historians believe he died without giving a single interview. It is also a very human story of a gang of misfits coming together to create a unit like no other: a maverick son of a Scottish laird; a boy who lied about his age to enlist; a policeman; a cheeky cockney; a Lincolnshire boxer; an Irish rugby international imprisoned for beating up his commanding officer; an Oxford rowing president and a quietly spoken man of God. The Originals covers the regiment's formation in 1941 to its supposed disbanding in 1945. With only two founding members alive today, it is not only an important document but a thrilling and moving read that will leave you reeling.

Gordon Stevens is an award-winning documentary maker and bestselling thriller writer. He is one of the few journalists invited to become a member of the Special Forces Club.