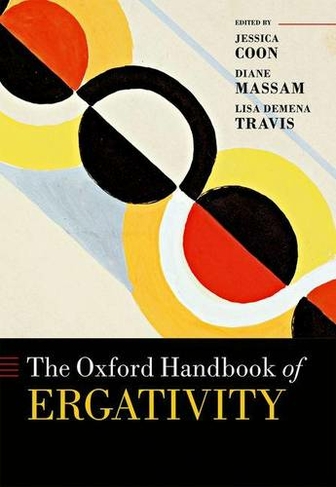 Also available on eBook for £106.31. Click here to purchase from Rakuten Kobo

This volume offers theoretical and descriptive perspectives on the issues pertaining to ergativity, a grammatical patterning whereby direct objects are in some way treated like intransitive subjects, to the exclusion of transitive subjects. This pattern differs markedly from nominative/accusative marking whereby transitive and intransitive subjects are treated as one grammatical class, to the exclusion of direct objects. While ergativity is sometimes referred to as a typological characteristic of languages, research on the phenomenon has shown that languages do not fall clearly into one category or the other and that ergative characteristics are not consistent across languages. Chapters in this volume look at approaches to ergativity within generative, typological, and functional paradigms, as well as approaches to the core morphosyntactic building blocks of an ergative construction; related constructions such as the anti-passive; related properties such as split ergativity and word order; and extensions and permutations of ergativity, including nominalizations and voice systems. The volume also includes results from experimental investigations of ergativity, a relatively new area of research. A wide variety of languages are represented, both in the theoretical chapters and in the 16 case studies that are more descriptive in nature, attesting to both the pervasiveness and diversity of ergative patterns.

Jessica Coon is Associate Professor of Linguistics at McGill University. She finished her PhD at MIT in 2010 and then spent one year as a postdoctoral fellow at Harvard University. Jessica has worked on topics including ergativity, split ergativity, verb-initial word order, and agreement, with a special focus on Mayan languages. Her book Aspects of Split Ergativity was published by OUP in 2013.Diane Massam (Ph.D. MIT 1985) is a Professor in the Department of Linguistics at the University of Toronto, where she has also served as Chair. Her research areas are argument structure, case, predication, and word order, with a focus on the Niue language (Polynesian), and an interest in register variation in English. She has edited volumes on Austronesian syntax, ergativity, and the count-mass distinction, including Count and Mass Across Languages (OUP 2012).Lisa deMena Travis received her PhD in Linguistics from MIT in 1984, writing her thesis on the parameters of word order variation. She is currently a Professor in the Department of Linguistics at McGill University. Her current research focuses mainly on phrase structure, head movement, language typology, and Austronesian languages (in particular, Malagasy), and the interface between syntax and phonology. Her book Inner Aspect: The Articulation of VP was published by Springer in2010.