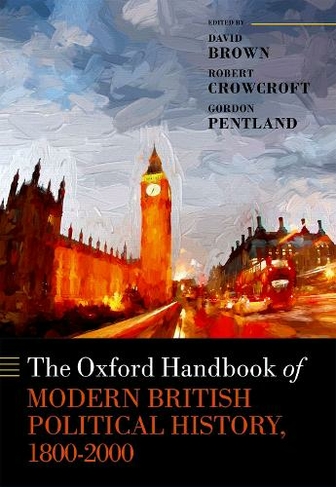 Also available on eBook for £93.59. Click here to purchase from Rakuten Kobo

The two centuries after 1800 witnessed a series of sweeping changes in the way in which Britain was governed, the duties of the state, and its role in the wider world. Powerful processes - from the development of democracy, the changing nature of the social contract, war, and economic dislocation - have challenged, and at times threatened to overwhelm, both governors and governed. Such shifts have also presented challenges to the historians who have researched and written about Britain's past politics. This Handbook shows the ways in which political historians have responded to these challenges, providing a snapshot of a field which has long been at the forefront of conceptual and methodological innovation within historical studies. It comprises thirty-three thematic essays by leading and emerging scholars in the field. Collectively, these essays assess and rethink the nature of modern British political history itself and suggest avenues and questions for future research. The Oxford Handbook of Modern British Political History thus provides a unique resource for those who wish to understand Britain's political past and a thought-provoking 'long view' for those interested in current political challenges. 11 black and white line figures/tables