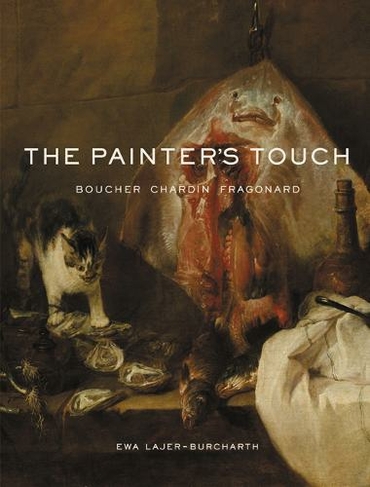 A new interpretation of the development of artistic modernity in eighteenth-century France The Painter's Touch is a radical reinterpretation of three paradigmatic French painters of the eighteenth century. In this beautifully illustrated book, Ewa Lajer-Burcharth provides close readings of the works of Francois Boucher, Jean-Simeon Chardin, and Jean-Honore Fragonard, entirely recasting our understanding of these painters' practice. Using the notion of touch, she examines the implications of their strategic investment in materiality and sheds light on the distinct contribution of painting to the culture of the Enlightenment. Lajer-Burcharth traces how the distinct logic of these painters' work--the operation of surface in Boucher, the deep materiality of Chardin, and the dynamic morphological structure in Fragonard--contributed to the formation of artistic identity. Through the notion of touch, she repositions these painters in the artistic culture of their time, shifting attention from institutions such as the academy and the Salon to the realms of the market, the medium, and the body. Lajer-Burcharth analyzes Boucher's commercial tact, Chardin's interiorized craft, and Fragonard's materialization of eros. Foregrounding the question of experience--that of the painters and of the people they represent--she shows how painting as a medium contributed to the Enlightenment's discourse on the self in both its individual and social functions. By examining what paintings actually "say" in brushstrokes, texture, and paint, The Painter's Touch transforms our understanding of the role of painting in the emergence of modernity and provides new readings of some of the most important and beloved works of art of the era. 154 color + 104 b/w illus.

Ewa Lajer-Burcharth is the William Dorr Boardman Professor of Fine Arts at Harvard University. Her books include Chardin Material and Necklines: The Art of Jacques-Louis David after the Terror.