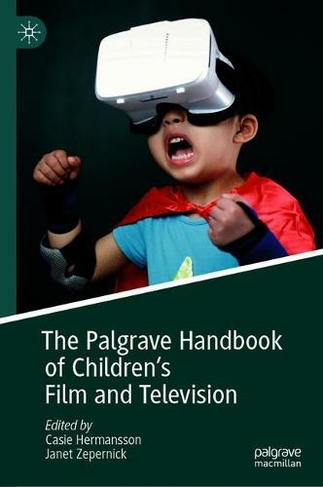 The Palgrave Handbook of Children's Film and Television 1st ed. 2019

This volume explores film and television for children and youth. While children's film and television vary in form and content from country to country, their youth audience, ranging from infants to "screenagers", is the defining feature of the genre and is written into the DNA of the medium itself. This collection offers a contemporary analysis of film and television designed for this important audience, with particular attention to new directions evident in the late twentieth and early twenty-first centuries. With examples drawn from Iran, China, Korea, India, Israel, Eastern Europe, the Philippines, and France, as well as from the United States and the United Kingdom, contributors address a variety of issues ranging from content to production, distribution, marketing, and the use of film, both as object and medium, in education. Through a diverse consideration of media for young infants up to young adults, this volume reveals the newest trends in children's film and television and its role as both a source of entertainment and pedagogy. 31 Tables, color; 25 Illustrations, color; 2 Illustrations, black and white; XXVII, 594 p. 27 illus., 25 illus. in color.

Casie Hermansson is Professor of English at Pittsburg State University, USA, and is a Fulbright Scholar. She is the author of several books, most recently: Filming the Children's Book: Adapting Metafiction (2019) and is co-editor with Janet Zepernick of Where is Adaptation? (2018). Janet Zepernick is Associate Professor of English and Director of the Writing Center at Pittsburg State University, USA, and is co-editor of the collections Women and Rhetoric between the Wars (2013) and Where Is Adaptation? (2018).