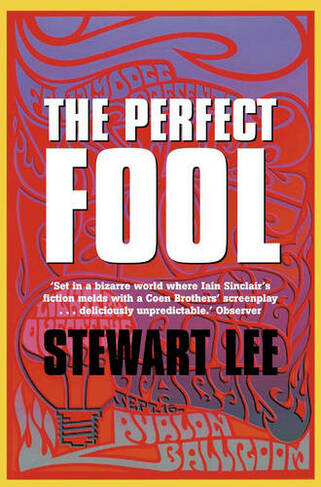 "The Perfect Fool" charts the progress of a collection of misfits, spread across the wide open spaces of Arizona and the narrow streets of South London, all unwittingly caught up in a quest for the Holy Grail. Mr Lewis believes he was once an astronaut; Sid and Danny's Dire Straits covers band isn't exactly filling the pubs of Streatham; Tracy travels between Las Vegas and the Mexican border, fleeing the suspicion that she's a serial killer; Bob, a Native American clown, no longer finds anything funny; Luther, an acid casualty 1960s rock star, has long since forgotten the most basic chord shapes; and Peter Rugg lost a cigarette down the back of a Portobello Road sofa thirty years ago and is still looking for it. These seemingly unrelated individuals eventually collide in the deserts of the American South-west, where they form an uneasy alliance. Stewart Lee's first novel combines an eclectic range of characters and cultures with an instinctive comic touch.

Stewert Lee formed half of the comic duo Lee and Herring. This is his first novel.