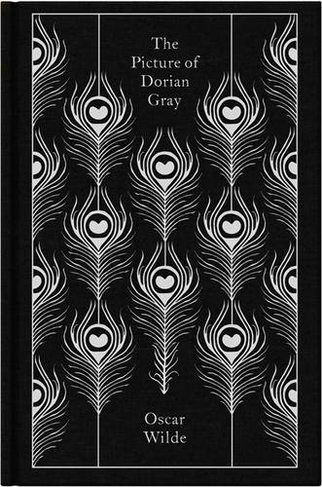 By Oscar Wilde (Author), Robert Mighall (Contributor)
Hardback
https://www.whsmith.co.uk/products/the-picture-of-dorian-gray/oscar-wilde/robert-mighall/hardback/9780141442464-12-000.html £11.99 rrp £14.99 Save £3.00 (20%)
GBP
Availability
In Stock
Free Delivery Available When You Spend £25 Or More
Details
Spend £25 On Products To Receive Free Standard Delivery To Your Home Or Free Next Working Day Click And Collect To Store

Part of Penguin's beautiful hardback Clothbound Classics series, designed by the award-winning Coralie Bickford-Smith, these delectable and collectible editions are bound in high-quality colourful, tactile cloth with foil stamped into the design. Enthralled by his own exquisite portrait, Dorian Gray exchanges his soul for eternal youth and beauty. Influenced by his friend Lord Henry Wotton, he is drawn into a corrupt double life; indulging his desires in secret while remaining a gentleman in the eyes of polite society. Only his portrait bears the traces of his decadence. The novel was a succes de scandale and the book was later used as evidence against Wilde at the Old Bailey in 1895. It has lost none of its power to fascinate and disturb.

Born in Ireland, Wilde (1854-1900) was educated in Dublin and Oxford and became the leading exponent of aestheticism. His work includes plays, a novel, poetry and criticism. Imprisoned for homosexual acts, he died after his release in exile in Paris.Robert Mighall has written on Gothic fiction and is the editor of Stevenson's Dr Jekyll and Mr Hyde for Penguin Classics.