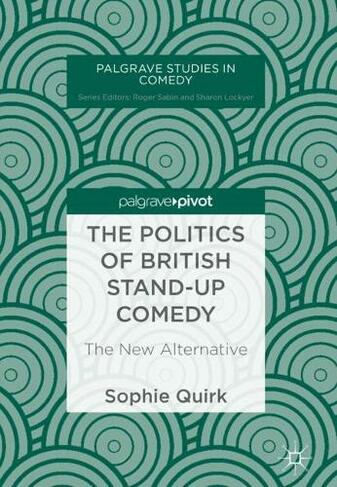 This Palgrave Pivot questions how a new generation of alternative stand-up comedians and the political world continue to shape and influence each other. The Alternative Comedy Movement of the late 1970s and 1980s can be described as a time of unruly experimentation and left-wing radicalism. This book examines how alternative comedians continue to celebrate these characteristics in the twenty-first century, while also moving into a distinct phase of artistic development as the political context of the 1970s and 1980s loses its immediacy. Sophie Quirk draws on original interviews with comedians including Tom Allen, Josie Long, John-Luke Roberts and Tony Law to chart how alternative comedians are shaped by, and in turn respond to, contemporary political challenges from neoliberalism to Brexit, class controversy to commercialism. She argues that many of our assumptions about comedy's politics must be challenged and updated. This book is essential reading for anyone who wants to understand the working methods and values of today's alternative comedians. 3 Illustrations, color; IX, 131 p. 3 illus. in color.

Sophie Quirk is Senior Lecturer in Drama and Theatre at the University of Kent, UK, where she specialises in stand-up comedy and popular performance. She is the author of Why Stand-up Matters: How Comedians Manipulate and Influence (2015).