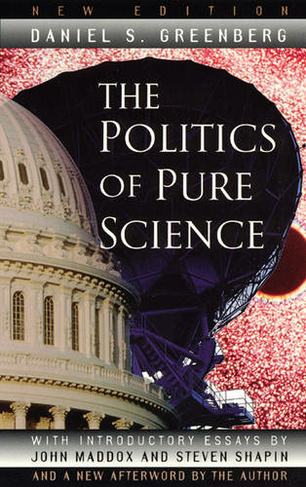 This work examines the place of science in American politics and society. Dispelling the myth of scientific purity and detachment, Daniel S. Greenberg documents the political processes that underpinned government funding of science from the 1940s to the 1970s. While the book's hard-hitting approach earned praise from a broad audience, it drew harsh fire from many scientists, who did not relish their turn under the microscope. The fact that this dispute is so reminiscent of today's acrimonious "Science Wars" demonstrates that although science has changed a great deal since "The Politics of Pure Science" first appeared, the politics of science has not. For this edition, John Maddox and Steven Shapin have provided introductory essays that situate the book in broad social and historical context, and Greenberg has written an afterword taking account of recent developments in the politics of science.