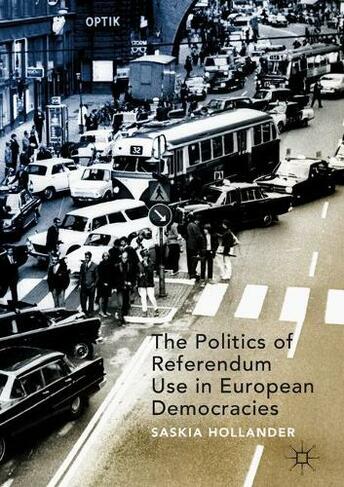 The Politics of Referendum Use in European Democracies: (1st ed. 2019)

This book demonstrates that the generally assumed dichotomy between referendums and representative democracy does not do justice to the great diversity of referendum types and of how referendums are used in European democracies. Although in all referendums citizens vote directly on issues rather than letting their political representatives do this for them, some referendums are more direct than others. Rather than reflecting the direct power of the People, most referendums in EU countries are held by, and serve the interests of, the political elites, most notably the executive. The book shows that these interests rarely match the justifications given in the public debate. Instead of being driven by the need to compensate for the deficiency of political parties, decision-makers use referendums primarily to protect the position of their party. In unravelling the strategic role played by national referendums in decision-making, this book makes an unconventional contribution to the debate on the impact of referendums on democracy. 30 Illustrations, black and white; XVII, 345 p. 30 illus.

Saskia Hollander is a political scientist and Director of Knowledge Management at The Broker, a knowledge brokering organisation in the field of inclusive politics and economies, based in The Hague, The Netherlands. Her previous publications include the edited book Creative Crises of Democracy (with J. Gijsenbergh, T. Houwen and W. de Jong, 2012).