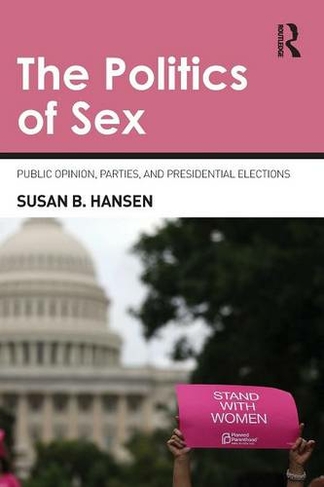 The Politics of Sex: Public Opinion, Parties, and Presidential Elections

The American cultural landscape has shifted considerably since the 1990s. As church attendance has declined, seculars have increased in number and in political involvement. The economy was supposed to be the most important issue in the 2008 and 2012 elections, but social issues such as gay rights and the status of women actually had a greater impact on vote choice. Moral issues and perceptions of candidate morality had less effect on voters in 2004 than in 2008. These arguments directly challenge the conventional wisdom concerning the 2004 and 2008 elections, which were supposedly decided on the basis of moral values and the economy respectively. Yet in The Politics of Sex, Susan B. Hansen justifies these claims theoretically based on evidence about how voters actually evaluate candidates. Hansen explores trends in public opinion on abortion, gay rights, and the status of women and finds that "values voters" are still crucial in presidential elections, even those supposedly fought over economic or foreign-policy issues. She then analyzes campaign strategies and vote choice to show how Barack Obama made effective use of the liberal trends in public opinion on social issues in 2008 and 2012. Hansen also examines trends in demographics, religious involvement, the institutional setting, and public opinion to predict who in future years benefit from the politics of sex. By providing an historical perspective on the changing impact of morality politics on presidential elections, this book will show how and why the politics of sex now favors the Democratic Party. 27 Tables, black and white

Susan B. Hansen is Professor Emerita in the Department of Political Science at the University of Pittsburgh.