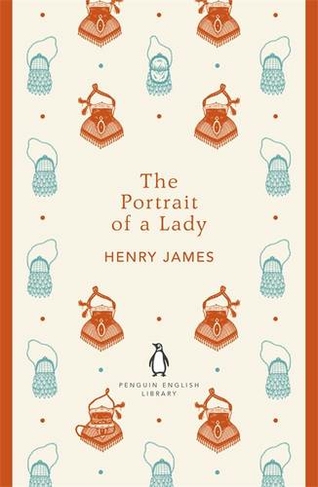 The Portrait of a Lady: (The Penguin English Library)

The Penguin English Library edition of The Portrait of a Lady by Henry James 'She knew of no wrong that he had done; he was not violent, he was not cruel; she simply believed that he hated her' When Isabel Archer, a beautiful, spirited American, is brought to Europe by her wealthy aunt Touchett, it is expected that she will soon marry. But Isabel, resolved to enjoy her freedom, does not hesitate to turn down two eligible suitors. Then she finds herself irresistibly drawn to Gilbert Osmond. Charming and cultivated, Osmond sees Isabel as a rich prize waiting to be taken. In this portrait of a 'young woman affronting her destiny', Henry James created one of his most magnificent heroines, and a story of intense poignancy. The Penguin English Library - 100 editions of the best fiction in English, from the eighteenth century and the very first novels to the beginning of the First World War.

Henry James was born in 1843 in New York City. The son of a prominent theologian and philosopher, the young James's intellectual upbringing enabled him to travel widely, studying in New York, London, Paris, Bologna and Geneva. He briefly attended Harvard Law School in 1862 before choosing to dedicate himself instead to writing and literary criticism, with his first short story, A Tragedy of Error, published at the age of twenty-one. Well acquainted with Europe, he moved more permanently to England, living in London and later Sussex. A prominent literary figure and noted socialite, he admitted to having accepted 107 invitations in the winter of 1878-9 alone. James became a British citizen in 1915, received the Order of Merit in 1916, and died that year at the age of seventy-two.Daisy Miller and The Turn of the Screw, Washington Square and The Wings of the Dove are also published in the Penguin English Library.