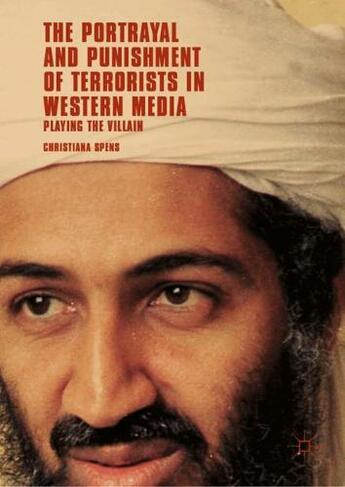 The Portrayal and Punishment of Terrorists in Western Media Playing the Villain 1st ed. 2019

This book explores how terrorists have been portrayed in the Western media, and the wider ideological and social functions of those representations. Developing a theory of scapegoating related to narrative closure, as well as an integrated, genealogical method of intervisuality, the book proposes a new way of thinking about how political images achieve power and influence the public. By connecting modern portrayals of terrorists (post-9/11) with historical and fictional images of villains from Western cultural history, the book argues that the portrayal and punishment of terrorists in the Western media implicitly perpetuates neo-Orientalist attitudes. It also explains that by repeating these narrative patterns through a ritual of scapegoating, Western media coverage of terrorists partakes in a social process that uses punishment, dehumanization and colonialist ideas to purge the iconic 'villain', so as to build national unity and sustain hegemonic power following crisis. 1 Illustrations, black and white; VII, 253 p. 1 illus.

Christiana Spens is the author of Shooting Hipsters: Rethinking Dissent for the Age of PR, and writes for Prospect, Art Quarterly, Studio International and The New Strategist on politics, art and visual culture. She is also a founder and director of Truth Tellers, a research centre focused on art, trauma and international relations.