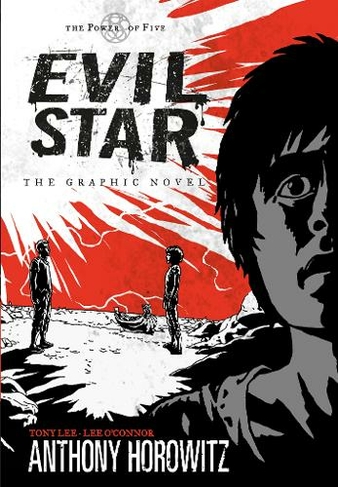 Adapted from the original story by Anthony Horowitz, No. 1 bestselling author, comes the second graphic novel in his chilling series of supernatural adventures. It began with Raven's Gate. But it's not over yet. Once again the enemy is stirring. After defeating the Old Ones at Raven's Gate, Matt Freeman thought he could get on with his life. But someone has other ideas... Far away in Peru a second gate is about to open. Only Matt has the power to stop the forces of darkness breaking through, but now they know all about him. This time they're going to destroy him first. Evil Star is adventure on an epic scale.

Anthony Horowitz is one of the most popular contemporary children's writers, and his Alex Rider series is enjoyed by millions of readers worldwide. He is also the author of the highly acclaimed Diamond Brothers detective stories, as well as the bestselling The Power of Five books. Anthony has won many major awards, including the Bookseller Association/Nielsen Author of the Year Award, the Children's Book of the Year Award at the British Book Awards and the Red House Children's Book Award. He also writes extensively for TV, with programmes including Foyle's War, Midsomer Murders and most recently Collision. Anthony lives in London, EC2.Tony Lee has written for many popular comic books including X-Men, Spider Man, Starship Troopers, Wallace & Gromit and Shrek. He is also the writer of the Doctor Who comics series. His adaptation of Pride & Prejudice & Zombies: The Graphic Novel is a New York Times bestseller. Tony is the author of Outlaw: The Legend of Robin Hood and Excalibur: The Legend of King Arthur both published by Walker.Lee O'Connor's work has appeared in the cult European comics magazine Heavy Metal, the popular Phonogram series from Image Comics, the Iraq graphic novel published by the international humanitarian charity War on Want and numerous anthologies, small press and indie comics on both sides of the Atlantic. Lee has also storyboarded for film and music videos.