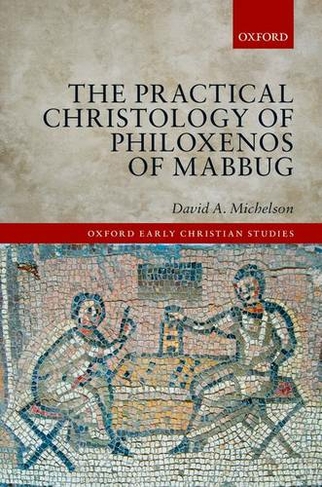 The Practical Christology of Philoxenos of Mabbug

Philoxenos of Mabbug (c. 440-523) was a prolific late-antique theologian and polemicist who produced the largest literary corpus to have survived in Syriac. He earned a reputation as the leading Syriac opponent of the Council of Chalcedon (451) and its two-nature Christology. In The Practical Christology of Philoxenos of Mabbug, David A. Michelson offers a new understanding of Philoxenos one-nature Christology by interpreting the post-Chalcedonian doctrinal disputes through a holistic analysis of Philoxenos life and works. Michelson's close reading of the entire Philoxenian corpus reveals a miaphysite perspective on the Christological controversies in which the intellectual clash was not primarily over defining doctrine. As a metropolitan bishop, sponsor of a revised New Testament, and monastic theologian, Philoxenos was principally concerned with matters of Christian praxis and the ascetic pursuit of divine knowledge. This book shows how he opposed Chalcedonian Christology because he was convinced its intellectual theological method was inimical to the mystical pursuit of divine knowledge through liturgical and ascetic practice. Philoxenos polemical engagement drew upon a theological epistemology that he had adapted from Pro-Nicene theologians including Ephrem, the Cappadocians, and Evagrius. Philoxenos argued that divine knowledge was not to be achieved through human understanding or doctrinal inquiry. Instead, true divine knowledge was attained through practice, specifically contemplation, reading of scripture, participation in the liturgical mysteries, and ascetic discipline. Michelson considers each of these practices in turn to show how Philoxenos thought of opposition to Chalcedon as part of a larger vision of ascetic and spiritual struggle. In short, for Philoxenos conflict over Christology was foremost a practical matter.

David Michelson is Assistant Professor of the History of Christianity at Vanderbilt University. Michelson's research explores historical sources in Syriac (a dialect of Aramaic) with an interest in how they offer new perspectives on the history of Christianity. Michelson is the general editor of Syriaca.org: The Syriac Reference Portal http://syriaca.org/, an online reference work for the study and preservation of Syriac culture.