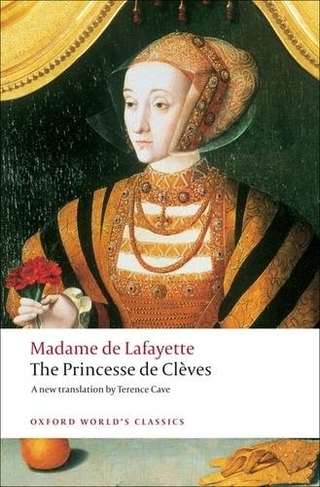 Poised between the fading world of chivalric romance and a new psychological realism, Madame de Lafayette's novel of passion and self-deception marks a turning point in the history of the novel. When it first appeared - anonymously - in 1678 in the heyday of French classicism, it aroused fierce controversy among critics and readers, in particular for the extraordinary confession which forms the climax of the story. Having long been considered a classic, it is now regarded as a landmark in the history of women's writing. In this entirely new translation, The Princesse de Cleves is accompanied by two shorter works also attributed to Mme de Lafayette, The Princesse de Montpensier and The Comtesse de Tende; the Introduction and ample notes take account of the latest critical and scholarly work. ABOUT THE SERIES: For over 100 years Oxford World's Classics has made available the widest range of literature from around the globe. Each affordable volume reflects Oxford's commitment to scholarship, providing the most accurate text plus a wealth of other valuable features, including expert introductions by leading authorities, helpful notes to clarify the text, up-to-date bibliographies for further study, and much more.