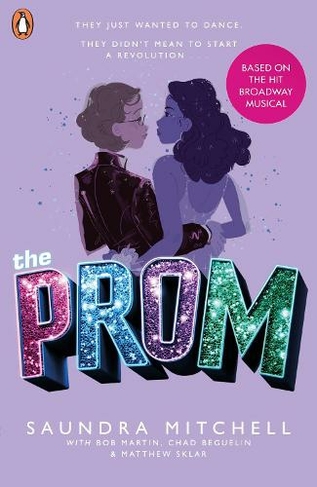 They just wanted to dance. They didn't mean to start a revolution... The novel of the laugh-out-loud high school musical coming to Netflix in 2020, starring Meryl Streep, James Corden and Nicole Kidman. Emma knows better than anyone that Edgewater, Indiana, is not a great place to be gay. But she's had enough of high school homophobia and really wants to take her girlfriend - the popular, closeted It Girl Alyssa- to prom. How big a deal could that really be? But when their classmates find out, the backlash exceeds Emma's worst nightmares. Meanwhile, in Manhattan, Barry and Dee Dee are Broadway stars of yesteryear. When their new show bombs, they need some good publicity - fast. So when they happen to hear about Emma's plight, they decide to step in and create a prom for everyone. Suddenly, Edgewater is the centre of a national news story. As the drama queens of New York take over the sleepy town, chaos ensues and the glare of the spotlight is brighter than anyone could have guessed. But all Emma and Alyssa want is to dance together. Is that too much to ask? The perfect read for fans of Mean Girls and Dear Evan Hansen!

Saundra Mitchell (Author) Saundra Mitchell is the author of over twenty books for tweens and teens. Her work includes two anthologies for teens, Defy the Dark and All Out: The No-Longer-Secret Stories of Queer Teens throughout the Ages. For twenty years, she was the head screenwriter and an executive producer with Dreaming Tree Films on their various teen filmmaking programs and earned Academy Award eligibility ten times during her tenure. In her free time, she enjoys fandom, studying history, crochet, and spending time with her wife and her daughters. Her pronouns are Any/Any.Matthew Sklar (Author) Matthew Sklar is a Tony (R) and Emmy (R) Award nominated composer. His works include the Broadway musicals: Elf, The Wedding Singer and The Prom.Chad Beguelin (Author) Chad Beguelin is a four-time Tony (R) Nominee whose works include the Broadway musicals: Aladdin, Elf, The Wedding Singer and, of course, The Prom.Bob Martin (Author) Bob Martin is a writer, performer, and producer of many celebrated musicals and television shows. The Prom is his third work on Broadway following the hit shows Elf and The Drowsy Chaperone, for which he earned a Tony Award.