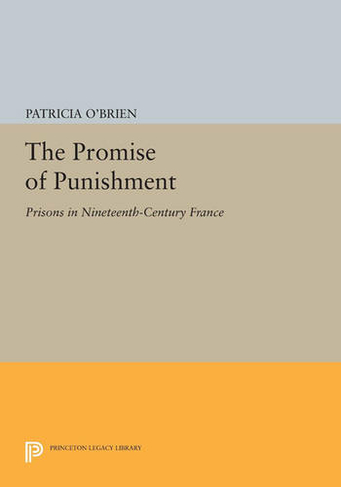 The Promise of Punishment Prisons in Nineteenth-Century France

Patricia O'Brien traces the creation and development of a modern prison system in nineteenth-century France. The study has three principal areas of concern: prisons and their populations; the organizing principles of the system, including occupational and educational programs for rehabilitation; and the extension of punishment outside the prison walls. Originally published in 1982. The Princeton Legacy Library uses the latest print-on-demand technology to again make available previously out-of-print books from the distinguished backlist of Princeton University Press. These editions preserve the original texts of these important books while presenting them in durable paperback and hardcover editions. The goal of the Princeton Legacy Library is to vastly increase access to the rich scholarly heritage found in the thousands of books published by Princeton University Press since its founding in 1905.