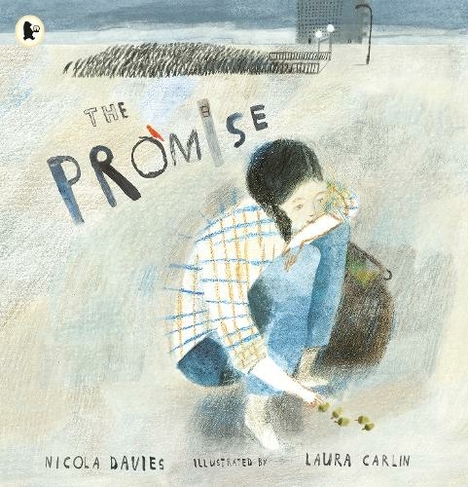 A picture book of great beauty and hope about the power we have to transform our world. On a mean street in a mean city, a thief tries to snatch an old woman's bag. But she finds she can't have it without promising something in return - to "plant them all". When it turns out the bag is full of acorns, the young thief embarks on a journey that changes her own life and the lives of others for generations to come. Inspired by the belief that a relationship with nature is essential to every human being, and that now, more than ever, we need to renew that relationship, The Promise is the story of a magical discovery that will touch the heart and imagination of every reader, young and old. With poignant simplicity, honesty and lyricism, Nicola Davies evokes a powerful vision of a world where people and nature live in harmony. And Laura Carlin's delicate illustrations capture a young girl's journey from a harsh, urban reality to the beauty and vitality of a changed world.

Nicola Davies is an award-winning author, whose many books for children include A First Book of Nature, Ice Bear, Big Blue Whale, Dolphin Baby, Bat Loves the Night and the Silver Street Farm series. She graduated in zoology, studied whales and bats and then worked for the BBC Natural History Unit. Nicola lives in Abergavenny, Wales. Visit Nicola as www.nicola-davies.com.Laura Carlin is a graduate of the Royal College of Art and the winner of several awards, including the V&A Book Illustration Award. Her work has featured in Vogue, the Guardian and The New York Times, and she also illustrated The Iron Man by Ted Hughes, which was awarded an honourable mention in the Bologna Ragazzi Award fiction category. Laura lives in London, SE17. See Laura's work at lauracarlin.blogspot.co.uk.