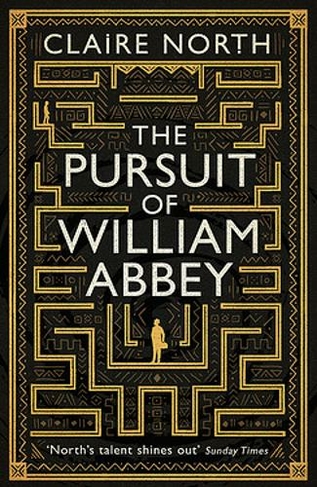 The Pursuit of William Abbey

'MESMERIC, TERRIFYING AND WONDERFUL' M. R. Carey, author of The Girl With All the Gifts 'I was cursed in Natal, in 1884. Cursed by truth and by blood. The shadow took to me, and we have been together since.' From the bestselling and award-winning author of The First Fifteen Lives of Harry August and 84K comes a powerful new novel about a young man haunted by a ghost from his past, and by the dark crimes committed in the name of the British empire. 'North's talent shines out' Sunday Times 'An irresistible haunting thrill' Joe Hill author of Horns and Locke and Key 'Remarkable . . . One of the most moving, horrifying and gut-wrenching novels of the year' NPR 'A suspenseful tale of the truths that lie hidden in the human heart' Kirkus 'North goes from strength to strength' Guardian 'North's most ambitious novel to date' Locus 'A master of ingenious plotting and feats of imagination' Alex Marwood, author of The Wicked Girls Novels by Claire North: The First Fifteen Lives of Harry August Touch The Sudden Appearance of Hope The End of the Day 84K The Gameshouse The Pursuit of William Abbey

Claire North is a pseudonym for Catherine Webb, a Carnegie Medal-nominated author whose debut novel was written when she was just fourteen years old. She has fast established herself as one of the most powerful and imaginative voices in modern fiction. Her first book published under the Claire North pen name was The First Fifteen Lives of Harry August, which became a word-of-mouth bestseller and was shortlisted for the Arthur C. Clarke Award. The follow-up, Touch, was described by the Independent as 'little short of a masterpiece'. Her next novel, The Sudden Appearance of Hope, won the 2017 World Fantasy Award for Best Novel, and The End of the Day was shortlisted for the 2017 Sunday Times/PFD Young Writer of the Year Award. Her latest novel, 84K, received widespread critical acclaim and was described by bestselling author Emily St. John Mandel as 'an eerily plausible dystopian masterpiece'. She lives in London.