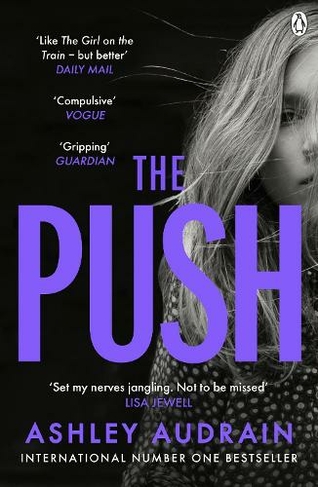 It all seemed so simple at first. Blythe met the man of her dreams, they fell in love, and then Violet was born.

Following three generations of dysfunctional mothers who don't seem to be capable of loving or caring for their children, we watch the story of Blythe unfold alongside snippets of her mother's childhood. Blighted by her upbringing, Bythe's experience of motherhood is nothing like what she hoped for, but everything she feared.

Blythe reinvents herself to become the mother she wants to be, but after a tragic event, Blythe must confront her biggest fear: Is she the monster? Or is it her daughter? As fear and irrationality eat away at her, Blythe struggles to let go of her maniacal anxiety about her daughter and falls deep into a void of depression. She battles and begs those around her that her daughter is becoming something truly monstrous. Will anyone believe her?

Simmering with fear, suspense, and challenging everything we think we know about motherhood, The Push by Ashley Audrain is an unflinchingly dark, addictive thriller that will keep you on the edge of your seat.

Buy the Richard & Judy Spring 2022 Book Club Bundle to get all six books at our best price.

ASHLEY AUDRAIN's debut novel THE PUSH is a New York Times, Sunday Times and #1 international bestseller, and a Good Morning America book club pick. It's been translated into 36 languages, and a limited television series is currently in development. Ashley previously worked as the publicity director of Penguin Books Canada, and prior to that, worked in public relations. She lives in Toronto, where she and her partner are raising their two young children. Ashley is currently working on her second novel THE WHISPERS.