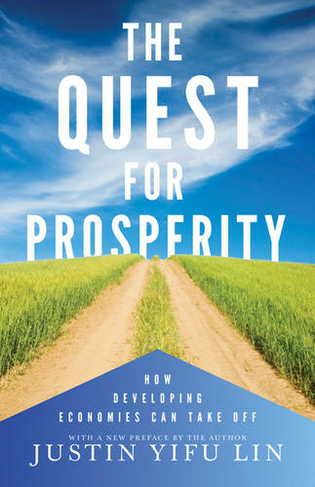 Also available on eBook for £14.75. Click here to purchase from Rakuten Kobo

How can developing countries grow their economies? Most answers to this question center on what the rich world should or shouldn't do for the poor world. In The Quest for Prosperity, Justin Yifu Lin--the first non-Westerner to be chief economist of the World Bank--focuses on what developing nations can do to help themselves. Lin examines how the countries that have succeeded in developing their own economies have actually done it. Interwoven with insights, observations, and stories from Lin's travels as chief economist of the World Bank and his reflections on China's rise, this book provides a road map and hope for those countries engaged in their own quest for prosperity. 2 line illus.

Justin Yifu Lin is founding director and professor at the China Centre for Economic Research at Peking University. From 2008 to 2012, he served as chief economist and senior vice president of the World Bank. His many books include Demystifying the Chinese Economy and Economic Development and Transition. He is a corresponding fellow of the British Academy, and a fellow of the World Academy of Sciences for the Developing World.