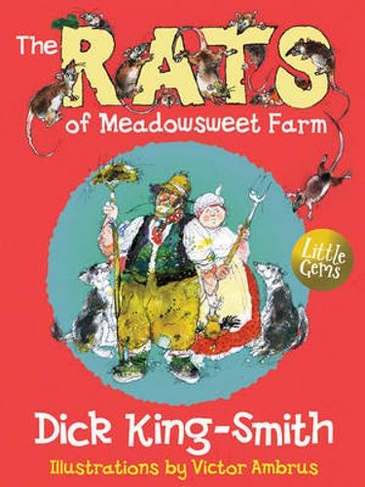 Animal Farm meets Shaun the Sheep in this darkly funny story from award-winning Dick King-Smith with full colour artwork. Life on Meadowsweet Farm has always had a balance - Farmer Green turns a blind eye to the messiness of his farm and the rats run the show, glorying in the muck and the mire. Well, one rat in particular - Ripper the King Rat. But one day things turn upside down when Farmer Green kills some of Ripper's best men. Now the rats are out for revenge...High quality cream paper and a special easy-to-read font ensure a smooth read for all.

Dick King-Smith's beloved animal tales have sold over 15 million copies worldwide, and his book The Sheep-Pig was made into the film Babe. Before he became a writer, Dick King-Smith was a farmer and a teacher. He said, "I never dress my animals in clothes. They behave as animals should behave, with the exception that they open their mouths and speak the Queen's English." Dick King-Smith died in 2011 at the age of 88.