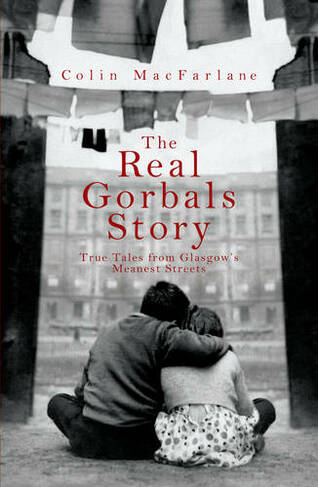 Colin MacFarlane was born in the Gorbals in the 1950s, 20 years after the publication of No Mean City, the classic novel about pre-war life in what was once Glasgow's most deprived district. He lived in the same street as its fictional 'razor king', Johnnie Stark, and subsequently realised that a lot of the old characters represented in the book were still around as late as the 1960s. Men still wore bunnets and played pitch and toss; women still wore headscarves and treated the steamie as their social club. The razor gangs were running amok once again, human waste ran down the tenement stairs, and filth, violence, crime, rats, poverty and drunkenness abounded, just like they did in No Mean City. MacFarlane witnessed the last days of the old Gorbals as a major regeneration programme, begun in 1961, was implemented, and, as a street boy, he had a unique insight into a once great community in rapid decline. He witnessed drunken fights, gang battles, police corruption and even the occasional stabbing, slashing and murder. But the Gorbals had another side: one where ordinary hard-working people were trying to survive in what was arguably once the most notorious area in the world. In this engrossing new book, MacFarlane reveals what it was really like to live in the old Gorbals. 1 x 8pp colour & b/w

Colin MacFarlane is a journalist and has written for a number of national newspapers, including Scotland on Sunday, the Sunday Times, the Scottish Sun and the Daily Record. He lives in Pontypridd, Wales.