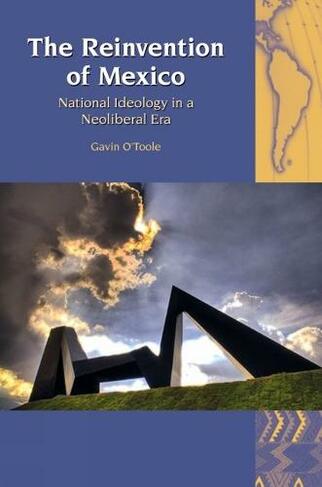 By Gavin O'Toole (Author)
Hardback
https://www.whsmith.co.uk/products/the-reinvention-of-mexico-national-ideology-in-a-neoliberal-era-liverpool-latin-american-studies-12/gavin-otoole/hardback/9781846314858-01-000.html £85.00
GBP
Availability
Currently unavailable. We don't know when or if this item will be back in stock
Share

The Reinvention of Mexico explores the ideological conflict between neoliberalism and nationalism that has been at the core of economic and political developments in Latin America since the mid-1980s. It focuses on Mexico, which offers a unique opportunity to study one of the ruptures in 20th-century political thought that has come to define an era of unprecedented globalization. The book examines how neoliberals dismantling the statist economy in Mexico under President Carlos Salinas de Gortari (1988-94) confronted the dominant, official ideology upon which the country's development had hitherto been based: revolutionary nationalism. It also considers how intellectuals and the main political forces to the left and right of the PRI grappled with the issues generated by the climate of market reform, in a period when there appeared to be few ideological alternatives to it, and the broader effort to reconcile economic liberalism with revolutionary nationalism that Salinas was attempting. Showing that the case of Mexico during the 1990s had important implications for the study of nationalism, the book offers timely insights into national responses to globalization and the form taken by debates about the most appropriate vision of political economy in Latin America. The highly contested result of Mexico's 2006 election demonstrated the extent to which the fateful ideological conflict between neoliberalism and nationalism remains unresolved.

Gavin O'Toole is a freelance journalist, writer and consultant; and editor of the Latin American Review of Books. His previous works include The Reinvention of Mexico: National Ideology in a Neoliberal Era (LUP, 2010).