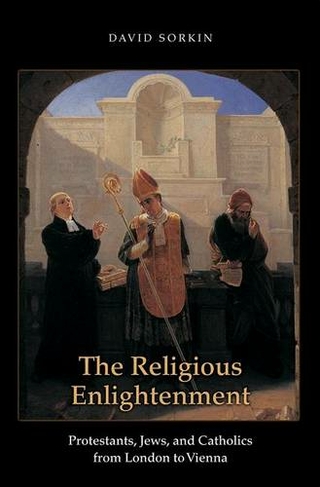 The Religious Enlightenment: Protestants, Jews, and Catholics from London to Vienna (Jews, Christians, and Muslims from the Ancient to the Modern World)

In intellectual and political culture today, the Enlightenment is routinely celebrated as the starting point of modernity and secular rationalism, or demonized as the source of a godless liberalism in conflict with religious faith. In The Religious Enlightenment, David Sorkin alters our understanding by showing that the Enlightenment, at its heart, was religious in nature. Sorkin examines the lives and ideas of influential Protestant, Jewish, and Catholic theologians of the Enlightenment, such as William Warburton in England, Moses Mendelssohn in Prussia, and Adrien Lamourette in France, among others. He demonstrates that, in the century before the French Revolution, the major religions of Europe gave rise to movements of renewal and reform that championed such hallmark Enlightenment ideas as reasonableness and natural religion, toleration and natural law. Calvinist enlightened orthodoxy, Jewish Haskalah, and reform Catholicism, to name but three such movements, were influential participants in the eighteenth century's burgeoning public sphere and promoted a new ideal of church-state relations. Sorkin shows how they pioneered a religious Enlightenment that embraced the new science of Copernicus and Newton and the philosophy of Descartes, Locke, and Christian Wolff, uniting reason and revelation to renew faith and piety. This book reveals how Enlightenment theologians refashioned belief as a solution to the dogmatism and intolerance of previous centuries. Read it and you will never view the Enlightenment the same way. 12 line illus.

David Sorkin is the Frances and Laurence Weinstein Professor of Jewish Studies and professor of history at the University of Wisconsin-Madison. His books include "The Berlin Haskalah and German Religious Thought" and "Moses Mendelssohn and the Religious Enlightenment".