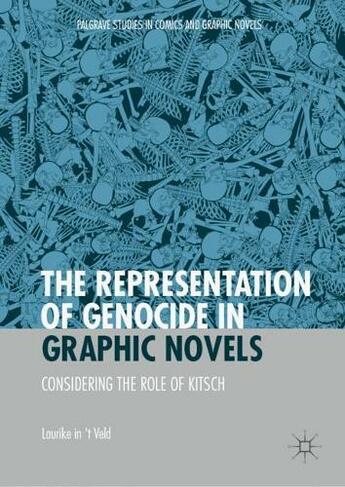 The Representation of Genocide in Graphic Novels: Considering the Role of Kitsch (Palgrave Studies in Comics and Graphic Novels 1st ed. 2019)

This book mobilises the concept of kitsch to investigate the tensions around the representation of genocide in international graphic novels that focus on the Holocaust and the genocides in Armenia, Rwanda, and Bosnia. In response to the predominantly negative readings of kitsch as meaningless or inappropriate, this book offers a fresh approach that considers how some of the kitsch strategies employed in these works facilitate an affective interaction with the genocide narrative. These productive strategies include the use of the visual metaphors of the animal and the doll figure and the explicit and excessive depictions of mass violence. The book also analyses where kitsch still produces problems as it critically examines depictions of perpetrators and the visual and verbal representations of sexual violence. Furthermore, it explores how graphic novels employ anti-kitsch strategies to avoid the dangers of excess in dealing with genocide. The Representation of Genocide in Graphic Novels will appeal to those working in comics-graphic novel studies, popular culture studies, and Holocaust and genocide studies. 6 Tables, color; 5 Illustrations, color; 8 Illustrations, black and white; IX, 230 p. 13 illus., 5 illus. in color.

Laurike in 't Veld is a lecturer at the Erasmus School of History, Culture and Communication and a research associate at the Center for Historical Culture, Erasmus University Rotterdam, The Netherlands.