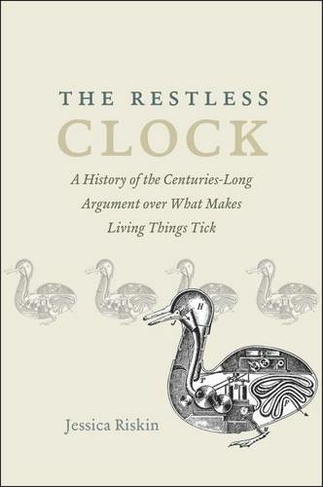 The Restless Clock: A History of the Centuries-Long Argument Over What Makes Living Things Tick

Today, a scientific explanation is not meant to ascribe agency to natural phenomena: we would not say a rock falls because it seeks the center of the earth. Even for living things, in the natural sciences and often in the social sciences, the same is true. A modern botanist would not say that plants pursue sunlight. This has not always been the case, nor, perhaps, was it inevitable. Since the seventeenth century, many thinkers have made agency, in various forms, central to science. The Restless Clock examines the history of this principle, banning agency, in the life sciences. It also tells the story of dissenters embracing the opposite idea: that agency is essential to nature. The story begins with the automata of early modern Europe, as models for the new science of living things, and traces questions of science and agency through Descartes, Leibniz, Lamarck, and Darwin, among many others. Mechanist science, Jessica Riskin shows, had an associated theology: the argument from design, which found evidence for a designer in the mechanisms of nature. Rejecting such appeals to a supernatural God, the dissenters sought to naturalize agency rather than outsourcing it to a "divine engineer." Their model cast living things not as passive but as active, self-making machines. The conflict between passive- and active-mechanist approaches maintains a subterranean life in current science, shaping debates in fields such as evolutionary biology, cognitive science, and artificial intelligence. This history promises not only to inform such debates, but also our sense of the possibilities for what it means to engage in science-and even what it means to be alive.

Jessica Riskin is professor of history at Stanford University and author of Science in the Age of Sensibility: The Sentimental Empiricists of the French Enlightenment, also published by the University of Chicago Press.