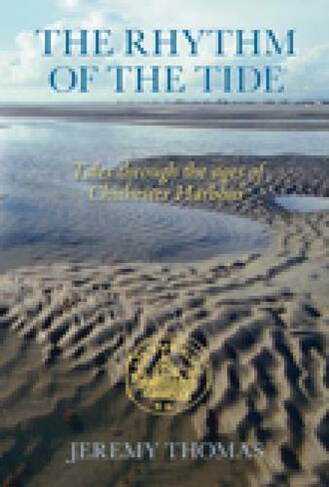 Also available on eBook for £5.27. Click here to purchase from Rakuten Kobo

Written by a man who has lived and sailed a great part of his life in the waters around Chichester Harbour, this book aims to capture the beauties and excitement of the place. It tells the history of the region in a series of chapters, ranging from the arrival of the Romans to the evacuation from Dunkirk, that recreate a series of local incidents.

Jeremy Thomas grew up 'messing about in boats, sailing, fishing, and capsizing in Chichester Harbour'. As a teenage evacuee in New England, he learnt to sail a catboat off Nantucket Island. The first boat he owned, in 1945, was a twelve-foot dinghy, after which came a succession of dinghies and little cruising yachts. At Oxford, he captained the first British University Sailing Team to visit the United States, racing against American colleges.S Sir Jeremy travelled round the world in H.M. Diplomatic Service (1954-1989), sailing with the family wherever he could: on the South China Sea, the Adriatic, Long Island Sound and, during his last posting as Ambassador to Athens, among the islands of the Aegean.S Since his retirement, he has been involved in helping to manage Chichester Harbour Conservancy. He served on the Advisory Committee, and was its chairman from 1993 to 1997. He has chaired the Cobnor Activity Centre Trust, which gives young people the opportunity to experience the joys of getting on the water, and the Chichester Harbour Trust.The author's three sons also grew up on the Harbour. He lives with Diana, his wife, an artist, in East Lavant, near Chichester, only fifteen minutes away from Cobnor, at the mouth of the Bosham channel, where his cutter is moored.