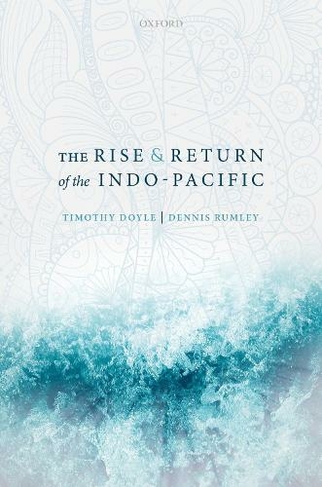 The Rise and Return of the Indo-Pacific

In the 21st century, the Indo-Pacific region has become the new centre of the world. The concept of the 'Indo-Pacific', though still under construction, is a potentially 'pivotal' site, where various institutions and intellectuals of statecraft are seeking common ground on which to anchor new regional coalitions, alliances. and allies to better serve their respective national agendas. This book explores the 'Indo-Pacific' as an ambiguous and hotly contested regional security construction. It critically examines the major drivers behind the revival of classical geopolitical concepts and their deployment through different national lenses. The book also analyses the presence of India and the U.S in the Indo-Pacific, and the manner in which China has reacted to their positions in the Indo-Pacific to date. It suggests that national constructions of the Indo-Pacific region are more informed by domestic political realities, anti-Chinese bigotries, distinctive properties of 21st century U.S hegemony, and narrow nation-statist sentiments rather than genuine pan-regional aspirations. The Rise and Return of the Indo-Pacific argues that the spouting of contested depictions of the Indo-Pacific region depend on the fixed geo-strategic lenses of nation-states, but what is also important is the re-emergence of older ideas - a classical conceptual revival - based on early to mid-20th century geopolitical ideas in many of these countries. The book deliberately raises the issue of the sea and constructions of 'nature', as these symbols are indispensable parts of many of these Indo-Pacific regional narratives. Despite the existence of diverse nation-statist, pan- and sub-regional discourses, the narratives of the most powerful states still dominate 21st century Indo-Pacific statecraft. The term 'Indo-Pacific' has the potential of unsettling various existing bilateral and multilateral geopolitical equations within the Indian Ocean region. Despite substantial heterogeneity in Indo-Pacific regional imaginations, the most dominant 'stories' and 'maps' are crafted and disseminated by the most dominant nation -in this case, the U.S- as it grapples with new ways of retaining its hegemony into the 21st century.