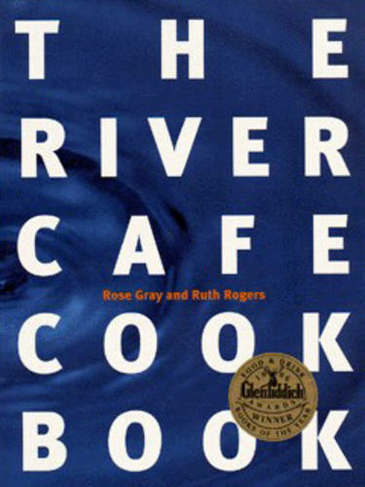 THE RIVER CAFE COOK BOOK is one of the most influential cookbooks ever published and is the winner of both the Glenfiddich Food Book of the Year and BCA Illustrated Book of the Year awards. Acclaimed for their innovative re-interpretation of Italian farmhouse cooking - CUCINA RUSTICA - at the River Cafe restaurant, Rose Gray and Ruth Rogers have produced an outstanding selection of Italian recipes with an emphasis on uncomplicated food which is vibrant with flavour. Beautifully illustrated, THE RIVER CAFE COOK BOOK is a wonderful guide to this approachable and exciting form of Italian cooking and a celebration of a great restaurant.

Ruth Rogers and Rose Gray created the Michelin-starred River Cafe in 1987 and wrote their first book, The River Cafe Cookbook, in 1995. It was a game-changing Italian cookery manual and a global bestseller, which they followed with several more bestselling cookbooks. In 2010, shortly before Rose's death, they were appointed MBE. Many of the new generation of renowned chefs, such as April Bloomfield, Samuel and Samantha Clark and Jamie Oliver, began their careers in the kitchens of the River Cafe.