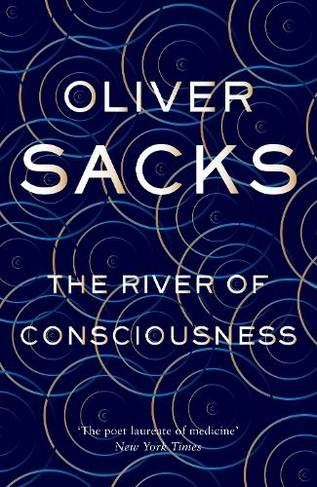 The River of Consciousness

Two weeks before his death, Oliver Sacks outlined the contents of The River of Consciousness, the last book he would oversee. The best-selling author of On the Move, Musicophilia, and The Man Who Mistook His Wife for a Hat, Sacks is known for his illuminating case histories about people living with neurological conditions at the far borderlands of human experience. But his grasp of science was not restricted to neuroscience or medicine; he was fascinated by the issues, ideas, and questions of all the sciences. That wide-ranging expertise and passion informs the perspective of this book, in which he interrogates the nature not only of human experience but of all life. In The River of Consciousness, Dr. Sacks takes on evolution, botany, chemistry, medicine, neuroscience, and the arts, and calls upon his great scientific and creative heroes-above all, Darwin, Freud, and William James. For Sacks, these thinkers were constant companions from an early age; the questions they explored-the meaning of evolution, the roots of creativity, and the nature of consciousness-lie at the heart of science and of this book. The River of Consciousness demonstrates Sacks's unparalleled ability to make unexpected connections, his sheer joy in knowledge, and his unceasing, timeless endeavor to understand what makes us human.

Oliver Sacks was born in 1933 in London and was educated at Queen's College, Oxford. He completed his medical training at San Francisco's Mount Zion Hospital and at UCLA before moving to New York, where he soon encountered the patients whom he would write about in his book Awakenings.Dr Sacks spent almost fifty years working as a neurologist and wrote many books, including The Man Who Mistook His Wife for a Hat, Musicophilia, and Hallucinations, about the strange neurological predicaments and conditions of his patients. The New York Times referred to him as 'the poet laureate of medicine', and over the years he received many awards, including honours from the Guggenheim Foundation, the National Science Foundation, the American Academy of Arts and Letters, and the Royal College of Physicians. In 2008, he was appointed Commander of the British Empire. His memoir, On the Move, was published shortly before his death in August 2015.For more information, please visit www.oliversacks.com.