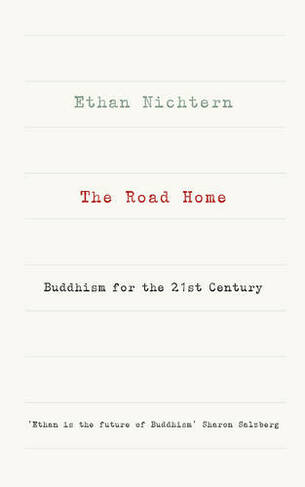 The Road Home: Buddhism for the 21st century

By Ethan Nichtern (Author)
Paperback
https://www.whsmith.co.uk/products/the-road-home-buddhism-for-the-21st-century/ethan-nichtern/paperback/9781846044694-01-000.html £11.95 rrp £12.99 Save £1.04 (8%)
GBP
Availability
Currently unavailable. We don't know when or if this item will be back in stock
Free Saver Delivery on orders over £20
Details
FREE SHIPPING over £20 for Saver Delivery
Share

'An invitation to a sane life' Jack Kornfield Do you feel at home? Are you comfortable in your own skin? Do you have a sense of belonging? In this book, senior Buddhist teacher Ethan Nichtern addresses these questions and guides us on the path we all take to find out who we really are and where we really belong. Feeling truly at home, he believes, comes not from our physical location but the ability to belong in the present moment, without worrying about yesterday's regrets or tomorrow's to-do list. Nichtern provides the tools needed to reach this awakening. Once we feel relaxed and comfortable in our own skin, our lives improve. We become less anxious, uncertain and stressed about the future; we become more able to listen, to be compassionate and engage in meaningful relationships and activities. We can all achieve this, if only we can feel at home with ourselves and others. This book is not about navel-gazing or escapism, instead it is a map to use in everyday life - one that ultimately leads you home.

Ethan Nichtern is a senior teacher in the Shambhala Buddhist tradition and is one of the best-known of the new generation of Buddhist practitioners. He has written for publications including the Huffington Post, Belief.net and Tricycle among others. He has also been featured on CNN and NPR, discussing Buddhism and meditation in the 21st century.