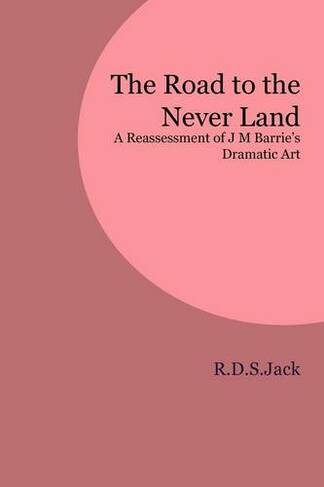 Sir James Barrie's fall from critical grace has been spectacular. Ranked in his own day with Shaw and Hardy, he is now usually dismissed as superficial, sentimental and commercial to the point of artistic dishonesty. Professor Jack argues that the naturalistic, psychological and national criteria used to condemn him are at odds with his proclaimed purposes. Using Barrie's own literary theory as contained in Sentimental Tommy and elsewhere, he measures the playwright against the standards of a perspectival art founded on the perceived needs of its audience. Barrie's thought and theatrical skills are traced through the apprentice works of the Victorian period - Walker, London, The Professor's Love Story, The Little Minister, The Wedding Guest. Major debts to Shakespeare and to Ibsen are con-sidered in the light of Barrie's intention of becom-ing 'the heaviest writer of his time.' A compulsive reviser and perfectionist, he struggles to find a dramatic form capable of combining pleasing myth with harshest truth. The major plays of 1902-4 are radically reas-sessed and the older claim for Barrie's genius resurrected on new critical grounds. Quality Street is related to the metaphysical clash between Chris-tianity and Darwinism; The Admirable Crichton's many endings are seen - not as a sign of uncer-tainty - but as an anticipation of the deconstructionist's concern with form's defeat by meaning. Little Mary ('the too-too-obvious riddle') is re-vealed in all its allegorical complexity as a biting satire on the Irish problem and the English upper class. Peter Pan ends this stage of Barrie's pil-grimage, drawing his major concerns into the com-prehensive form of a Creation Myth, owing much to Nietzsche and Roget. First published in 1991 and now reprinted with corrections. black & white illustrations