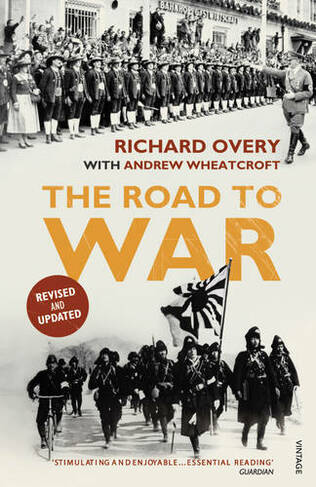 The Road to War: The Origins of World War II

Hailed on publication as a thought-provoking, authoritative analysis of the true beginnings of the Second World War, this revised edition of The Road to War is essential reading for anyone interested in this momentous period of history. Taking each major nation in turn, the book tells the story of their road to war; recapturing the concerns, anxieties and prejudices of the statesmen of the thirties. 16pp b/w photographs; app 20 integrated maps and illustrations

Richard Overy is Professor in History at the University of Exeter. He is the author of books on the Second World War, the European dictatorships and the history of air power. His latest titles include Why the Allies Won (2nd edn 2006), The Dictators: Hitler's Germany and Stalin's Russia (2004) and The Morbid Age: Britain Between the Wars (2009). He is a fellow of the British Academy and winner of the Wolfson History Prize in 2005. Andrew Wheatcroft is the author of many pioneerign books on early modern adn modern history, including The Ottomans (1993) and The Enemy at the Gate (2008). he is based in Dumfriesshire adn is Professor and Director of the Centre for Publishing Studies at the University of Stirling.