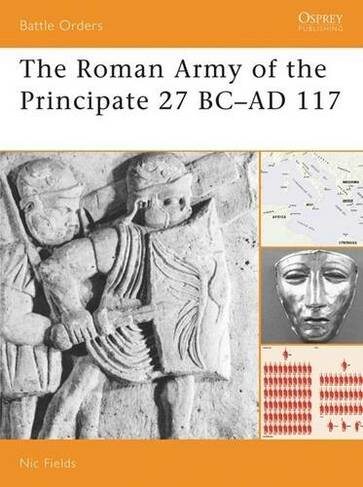 The Imperial Army established by Augustus drew heavily on the nomenclature and traditions of the late Roman Republic, but was revolutionary in its design. He decided to meet all the military needs of the Empire from a standing, professional army. Military service became a career: enlistment was for 25 years (16 in the Praetorian Guard), and men were sometimes retained even longer. The loyalty of the new army was to the emperor and not to either the Senate or the People of Rome. Imperial legions became permanent units with their own numbers and titles and many were to remain in existence for centuries to come. Illustrations (chiefly col.)

Dr Nic Fields started his career as a biochemist before joining the Royal Marines. Having left the military, he went back to University and completed a BA and PhD in Ancient History at the University of Newcastle. He was Assistant Director at the British School at Athens, Greece, and then a lecturer in Ancient History at the University of Edinburgh. Nic is now a freelance author and researcher based in south-west France.